In times of crisis, our partners consistently step up to save pets from dangerous natural disasters.  For approximately three months, the 2016 Fort McMurray fire in Alberta, Canada raged out of control, destroying more than 2000 homes and buildings and forcing an unprecedented evacuation.  Thousands of people were forced to escape, many unable to return to their homes, leaving thousands of pets in peril.  Neighboring Calgary Humane Society (CHS) made itself available to help in any way possible and used a $10,000 BISSELL Pet Foundation grant to provide emergency boarding and care for hundreds of pets until they could be reunited with their owners.

Pet owners were desperate and sad. Many evacuees could not return to their homes from work to get their family pets.  They had to hope and pray for the best that they might be reunited one day. Even the Fort McMurray SPCA had to be evacuated, leaving the nearby Alberta SPCA overwhelmed and in need of support.  Fortunately, CHS became involved, acting as much more than a shelter. 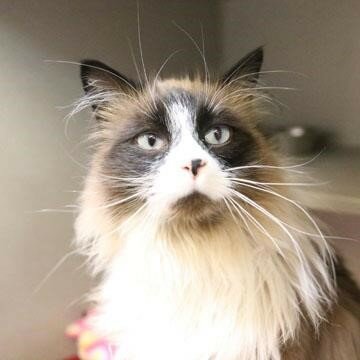 Marty Pants and his owner are grateful to be reunited by CHS.  Marty’s owner had been at work and attempted to return to retrieve her beloved cat, but the fires prevented her from driving into her neighborhood.  As a result, she tried to enter on foot to rescue Marty, but the police stopped her.  They attempted to escort her to her car, but it had been engulfed in smoke and was unable to be located.  Now without a home, car or cat, she was forced to go to a shelter knowing that Marty was in grave danger. Her prayers were answered as Marty later made his way to CHS where he was receiving loving care as he returned to health.  CHS kept Marty while his owner pieced her life back together to find a place for them to live.  Marty’s owner visited daily in the serenity room, giving cuddles and spending time that allowed them both to heal. Many other owners and pets helped by CHS weren’t separated, but the evacuation left the pet owners unable to keep their pets with them for a short period of time.  CHS welcomed these pets into their boarding facilities with kindness and affection.  Pets like Buddy, TrIgger and Sophie were greeted with kisses and hugs and even placed with foster families, sometimes for months, while the pet owners regrouped and relocated. 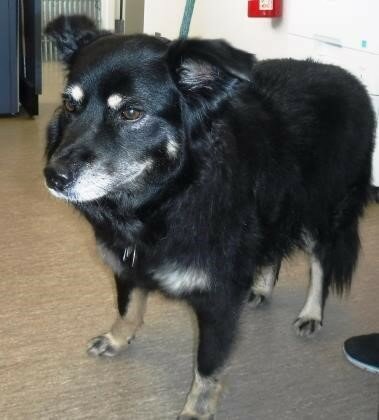 In this time of unimaginable trauma, CHS provided exceptional care and comfort to both humans and pets.  They went outside of the scope of their normal work to ease the suffering of all involved.  CHS set a remarkable example and BISSELL Pet Foundation is so proud to support them.