Great Pyrenees dogs are known for being incredible livestock guardians. But for Bear, a Great Pyrenees rescued from a horrific neglect situation in Arkansas, BISSELL Pet Foundation and Cabot Animal Support Services were the guardians he needed to get a must-deserved second chance at life.

At BPF, we’re proud to be a part of a pet’s journey to a happy, healthy life, whether through free spay/neuter clinics or a rescue flight from an overcrowded shelter to one with more space. However, helping a pet twice is an extra unique opportunity for us.

In early May 2022, BPF was alerted to a large-scale neglect situation in Conway County, Arkansas. There were 25 pets (17 dogs, 3 cats, and 5 potbellied pigs) left abandoned on a property after the owner’s arrest. BPF acted quickly after learning the local shelter wouldn’t be able to take in these pets. We made a call to team at Cabot Animal Support Services (CASS) to see if they had the capacity. CASS quickly stepped up to provide on-the-ground assistance to save the lives of these animals living in horrendous conditions. There was no electricity or running water, heaps of trash and numerous deceased dogs and other animals in various stages of decay.

As CASS worked to rescue the animals, a few dogs kept evading rescue attempts. One was the Great Pyrenees we now know as Bear. With hours left to spare in the timeline to remove the animals, Bear was finally able to be caught and taken into the care of the CASS team.

Just days into Bear’s recovery process, CASS participated in the May 2022 National Empty the Shelters event. A wonderful family seeking a livestock guardian-type dog saw Bear’s photo and information on CASS’ social media. They quickly met him after finding out he was a part of the event. Bear’s new family adopted him immediately and committed to getting him healthy and providing him with the best life possible. 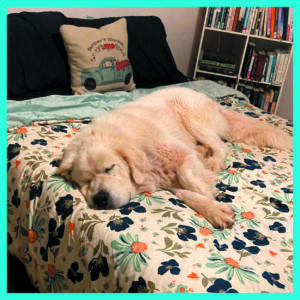 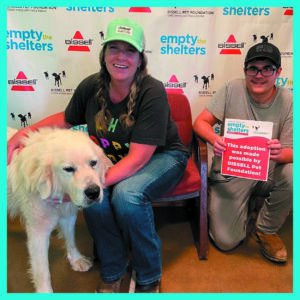 Today, Bear is still on the mend. He’s settling in and his new family feels confident he is finally at peace–just learning how to be a cherished member of his new family. Bear lives on a family farm with other rescue dogs, cattle, donkeys, goats, pigs and chickens. While he shares his life with many animals, he is known as “The Best Boy.” 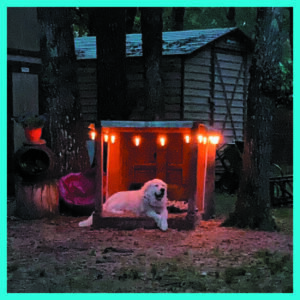 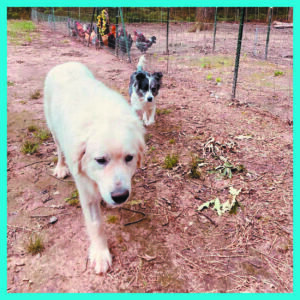 Bear is just one of 17,508 pets impacted by BPF’s May 2022 Empty the Shelters event. If you’re looking for your new best friend, look no further than your local shelter! View our Partners for Pets members to locate a shelter or rescue near you.