Is a pet your property or a sentient being with feelings?

Most pet owners don’t have too much trouble answering that question.  We love our pets and consider them family members.  In fact, a recent USA Today study revealed that almost 70% of people talk to their pets, carrying on conversations like they are people.  While we may “own” our pets, we consider ourselves caregivers, even giving our pets better care than some other family members! We comfort our pets when they are stressed from a thunderstorm, we perceive their smiles when they are happy to see us, and we know they experience the pain of arthritis in older age.  So, if pet owners are aware of this, why has it taken so long for animal sentience to become clear in the eyes of the law?

Under the law, dogs and cats aren’t much different than your kitchen table or your car—they are considered property.  However, the law doesn’t care if you cut up your table for firewood or let your car run out of gas so it can no longer run.  But does the law care about how we treat our pets?  Recently, a revolutionary court case made an important ruling in favor of pets.

In June of 2016, the Oregon Supreme Court ruled in favor of a dog named Juno, declaring that while animals can be legally considered property, they are still “sentient beings capable of experiencing pain, stress and fear.”  Juno had been lawfully seized on probably cause of criminal neglect—specifically starvation and abuse.  As part of the seizure and subsequent routine examination, Juno’s blood was drawn. However, his owner declared that the blood draw was an illegal search with no warrant.  Her legal team tried to prove that authorities would need a separate warrant to “look inside” her pet, just like you would need a warrant to look in a purse.  The Oregon Supreme Court rejected this idea, asserting that testing a legally-seized pet’s blood is like examining a child who is suspected to have been abused—both are appropriate and within the law. 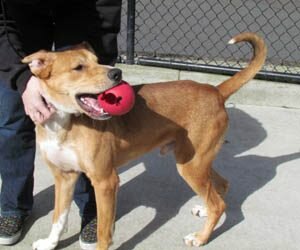 This ruling has important implications for animal welfare activists in Oregon who will no longer have to go through the process of obtaining an additional, separate warrant for a veterinarian to provide care and testing to a lawfully seized pet.  And possibly more importantly, it prevents animal abusers, like Juno’s owner, from suppressing evidence of criminal neglect. In fact, Juno’s owner was convicted.

Thank you Oregon for this important ruling…but what about everywhere else?  We hope Oregon’s stance will result in a greater trend of both states and nations recognizing animal sentience. France, New Zealand and Quebec have recently changed their ideas about animals as property.  We think it’s time for the rest of the world to do the same.